Architectural research by Jim West. Central United Methodist Church was built in 1866.  When the nearby Congress Society Church burned down in 1863, the First Society and Congress Street Society merged and built a new church at Woodward and Adams Street and named it Central Methodist Church. The cornerstone of Central Church’s sanctuary was laid on July 3, 1866, and the church was dedicated the following year. 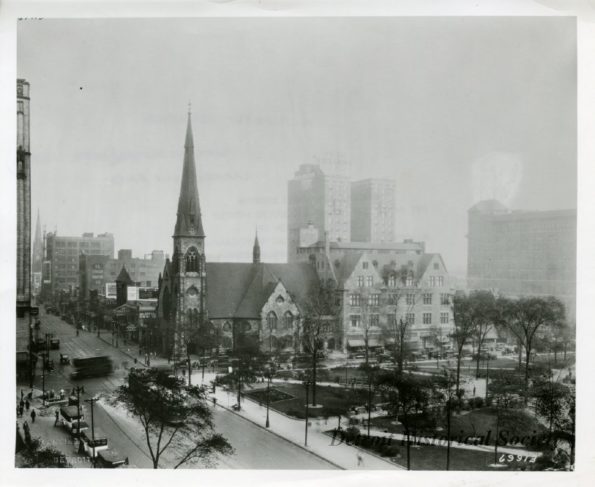